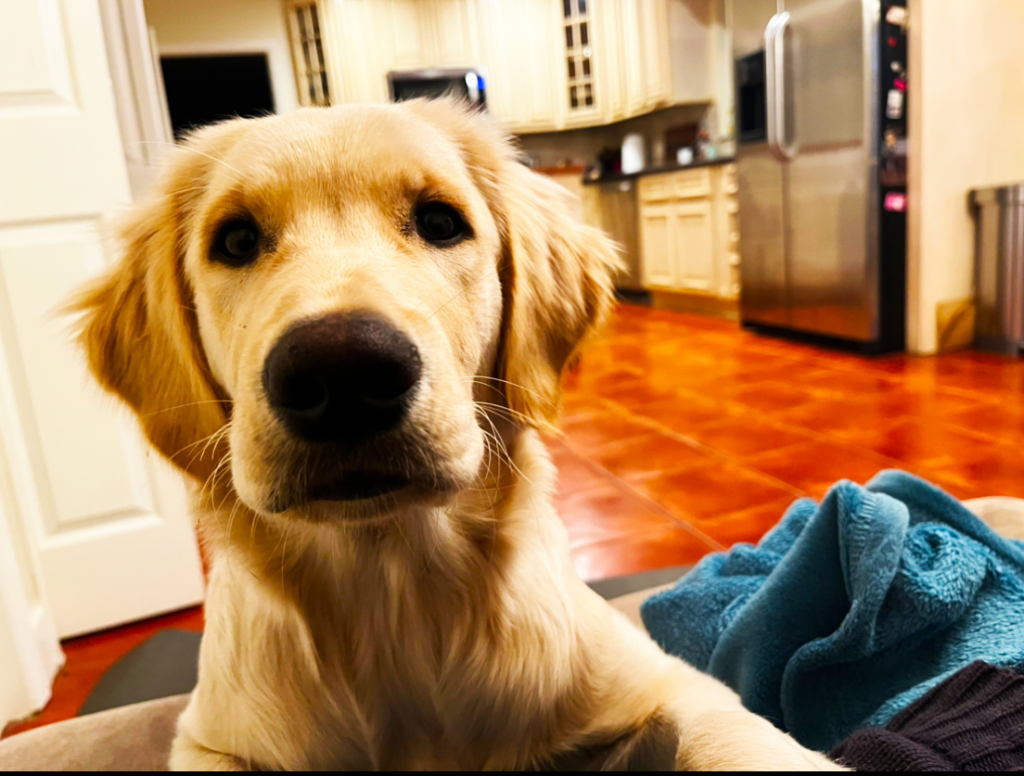 How great is it to be able to live near the ocean? Beautiful sunrises and sunsets are amplified by the waters reflection. Dolphins, manatees, birds and other wild life are living in your neighborhood with you. You can jump right on your boat for a full day of boating or just a short trip to breath some of that salt air and get your mind off the stresses of daily life.

How much better is it knowing that you can walk or bike to a beach that has been ranked as Top 5 Beaches in the entire United States many times over? This is the reality for many folks that live in Florida and it can be your life too.

We have over 20 miles of beaches in Pinellas County and all of them are a little bit different. In this article I’ll explain the differences of these neighborhoods and any relevant information to the area that might be helpful in the search for your future beach home.  Many people that don’t live here know that there’s St. Pete and there’s a beach, so they collectively lump it all together as St. Pete Beach. The truth is that our beaches are made up of many different cities and municipalities and all of them are a little bit different. Anyways with that said, I’m going to start with our southernmost beach neighborhood on the barrier islands and work north. Let’s get started!

Tierra Verde isn’t walking distance to the beach however it is the gateway to arguably the most beautiful park in the Tampa Bay area – Fort Desoto. This area is popular with people that are into boating. It’s a great halfway point where you can access the barrier islands and intercoastal waterway to the north and Tampa Bay to the east. There are two really popular sandbars for boaters along the barrier islands – Bunces Pass right next to Tierra Verde being one of them. 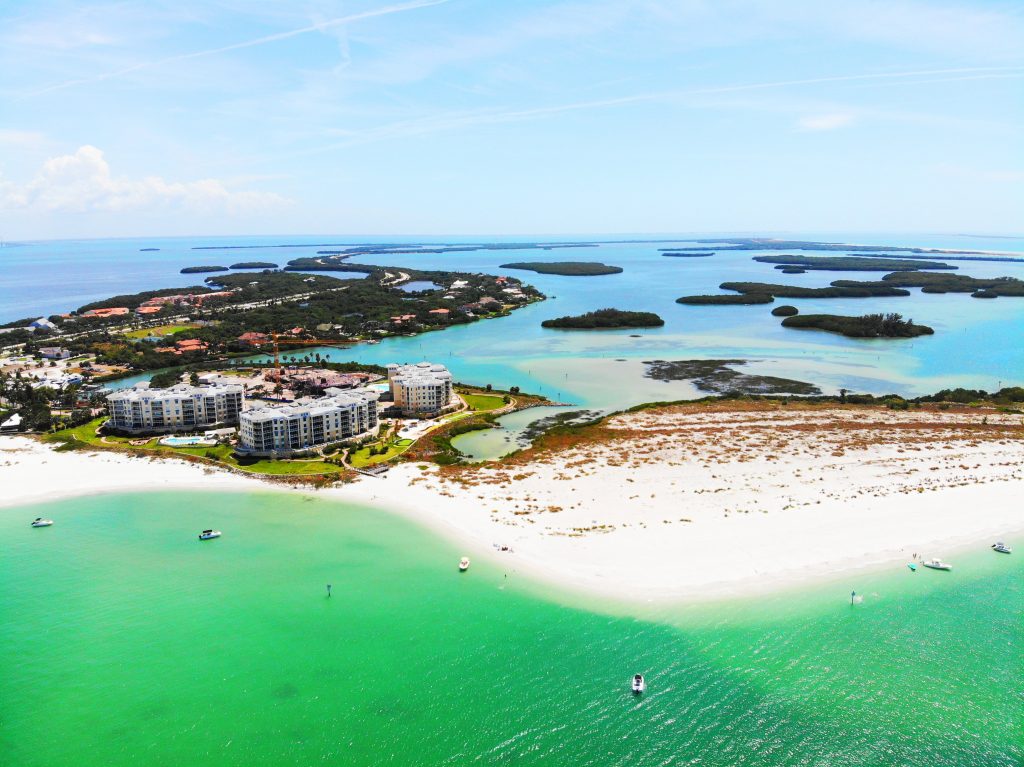 One previous disadvantage of living in Tierra Verde is the drawbridge that connected it to the mainland. Anytime a certain sized ship  sailboat came through, it had to go up cutting off the only road to the island and this previously put traffic on hold for anywhere from 5-15 minutes. If you’re living on island time then this wasn’t a problem for you however if you’re commuting anywhere and need to be on time this was a hassle.  Luckily there was a much higher bridge recently constructed that allows for traffic to flow freely!

Most of the beach homes you’ll find on the barrier islands were built in the 1950’s. Tierra Verde however didn’t actually exist until the 1960’s when it was dredged and 5,000 acres of buildable land were constructed. It wasn’t until 1984 that there was a connection built between highway I-275 and Tierra Verde. This is when construction took off and this is why most all the homes on the island were built in the 1980’s to modern day. You’ll find more spacious and luxurious homes here compared to the smaller beach homes built in the 1950’s. Here’s a more in depth article about Tierra Verde and a here’s some interesting history on the island.

Pass-a-Grille is a sheltered island which is technically a part of St. Pete Beach. It’s what many locals would consider a hidden gem since it still stays pretty low key even during tourist season. I’ll just say it right now – this is where I would live if I could choose anywhere along the beach. This is one of the few places where you can park your car and walk 50 feet to the beach. It’s also not directly on Gulf Blvd which is the main road that connects the rest of the beaches. Pass-A-Grille really feels like you’re on an island – minimal traffic, a small main street type city and direct views of the Gulf of Mexico. 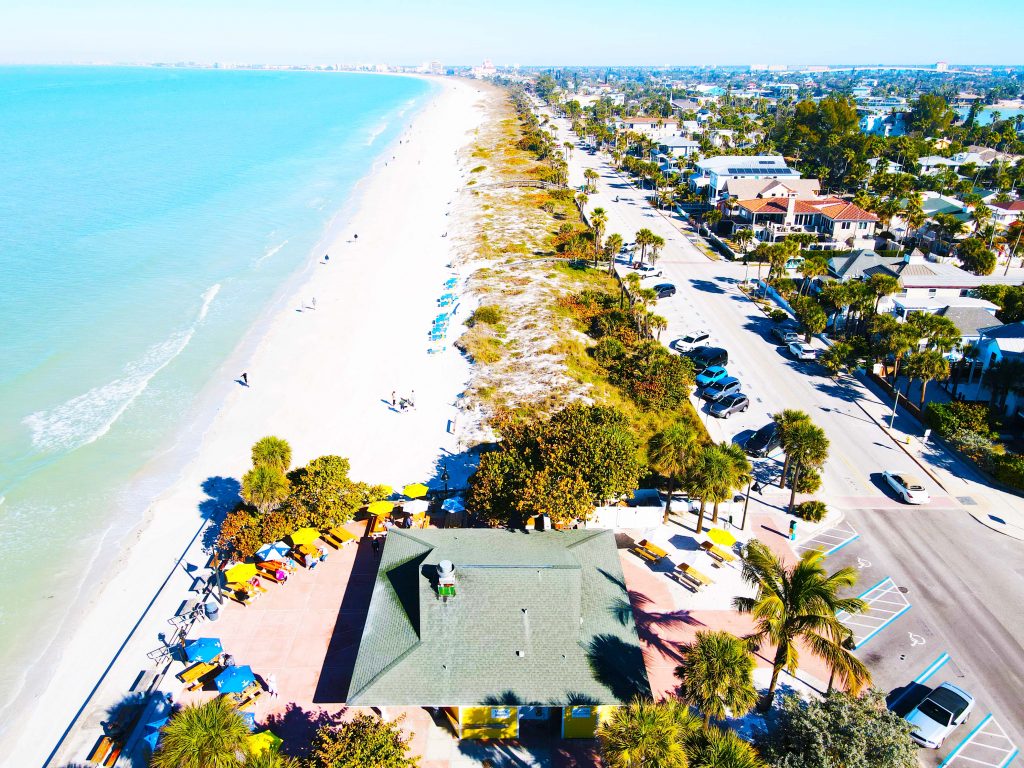 When you hear about St. Pete, you probably hear about the beach as well. Most people will automatically assume that St. Pete Beach is part of St. Petersburg but it is actually it’s very own city.

St. Pete Beach is the most commercialized out of all the beach areas however it still maintains a relatively quaint feel to it. The buildings here aren’t huge and the beach gets busy but it’s never uncomfortably crowded. Parking is terrible though. You’re better off taking an Uber or some other public transportation. Many people were hoping a light rail would be built to provide more public transport options between Downtown and the beaches but instead we got federal funding approved for a ‘state of the art’ bus system, which is a great start.  I think that would help compliment the popularity of our Downtown area and translate that energy to the beaches.

As far as residential homes, there are a mix of single family homes and condos. New construction is somewhat rare, you will find most of the homes were built between 1950-1980. Most of these single family homes are block construction built on a slab which is about as solid as it gets. In fact you’re going to find that these types of homes are pretty much everywhere on all of the beaches here. This is the type of home you need to survive hurricane force winds when they come through. 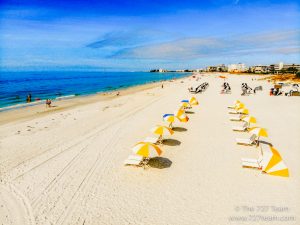 Treasure Island is going to be your first introduction to the beach if you enter via Central Ave. You will see the Thunderbird Hotel as soon as you cross the into the T.I. municipality. You can choose to go north towards John’s Pass which is a great place to kill a few hours as a tourist or you can head south towards St. Pete Beach and find some of the more happening spots with beachfront restaurants and entertainment.

Treasure Island itself has something that the rest of the beaches do not. A boardwalk that spans a few blocks and makes this area a more pleasant place to walk. It’s a start but we definitely need a boardwalk that extends a bit further! 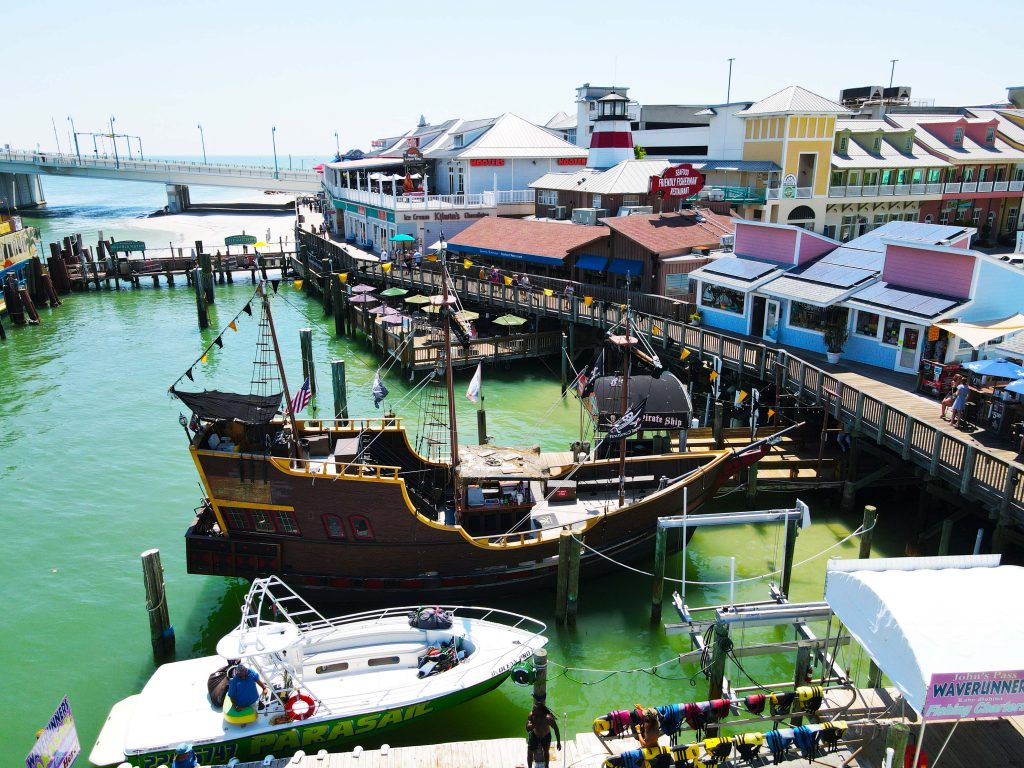 Johns Pass is a great place to walk around for a few hours of fun.

During the summer I make my way to Treasure Island quite a bit. I’m a member of Freedom boat club which has two marinas in TI about a mile apart. Both of them launch into the usually calm intercoastal waterway, the one closer to John’s Pass allows you easy access to The Gulf and is only a few hundred feet from the popular sandbar where many boats gather on the weekend.

Like the rest of the beaches, you’ll find a combination of condos and single family homes in this area. Isle of Capri is the main neighborhood which is mostly a single family home neighborhood on the intercoastal waterway. There are also a few condo buildings in this area, with the beach front units being a bit more pricey than units on the intercoastal. If you’re a boater that enjoys spending time docked on the sandbar, Treasure Island is going to be one of the more convenient places to live near Johns Pass. 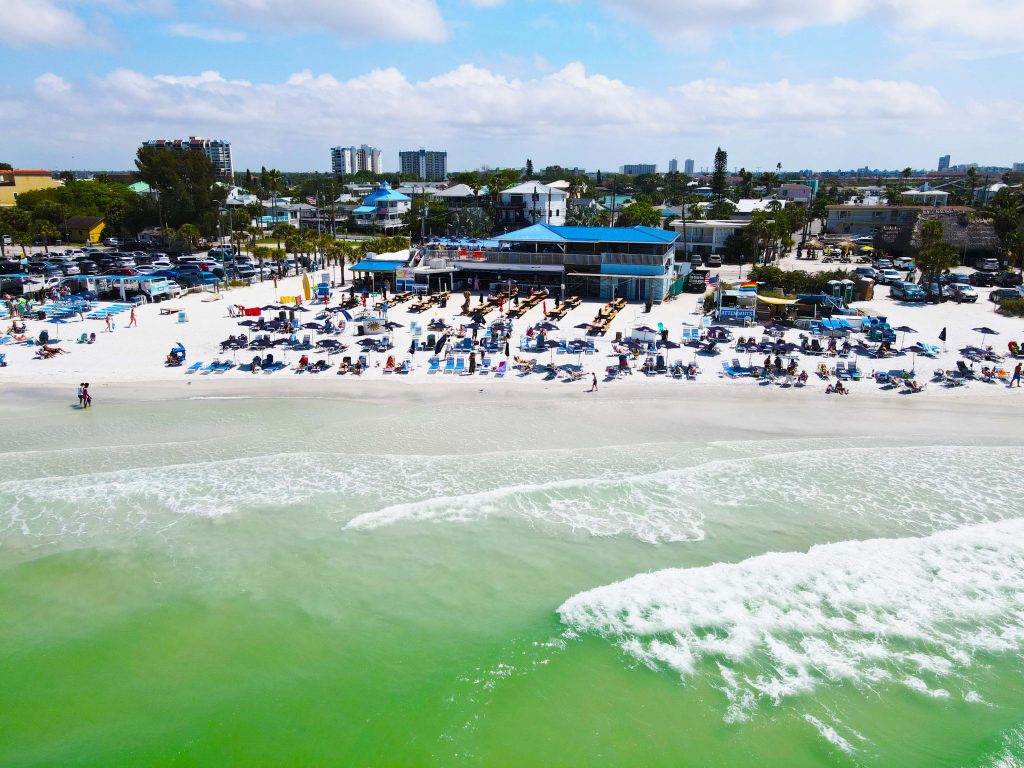 As you pass the bridge from Treasure Island going north, you will know you’re in Madeira Beach as soon as you see the massive rickety looking Johns Pass Village/Boardwalk. This is probably the most walkable area of the beach and also a great place to kill a few hours as a tourist. There are all sorts of tours that leave from here and a few waterfront restaurants with great views of the boats coming in and out of the Johns Pass channel. If you’re in with the slang, you’ll pick up pretty quick that “Mad Beach” is the local term most people use for this area. Mad Beach Brewing is one of the more well known businesses that uses this term. Located on Johns Pass boardwalk, Mad Beach Brewing is a popular brewery with both indoor / outdoor seating and food options.

The neighborhoods here are a combination of beachy and suburban with modest homes as well as waterfront mansions. If you’re looking to buy a waterfront home to take advantage of the boat life, both Madeira and Treasure Island are going to be some of your best bets. They are located near Johns Pass which has both a beautiful sandbar and access to the Gulf. These neighborhoods have waterfront on the intercoastal which will keep your boat protected from the rougher waters in The Gulf of Mexico. 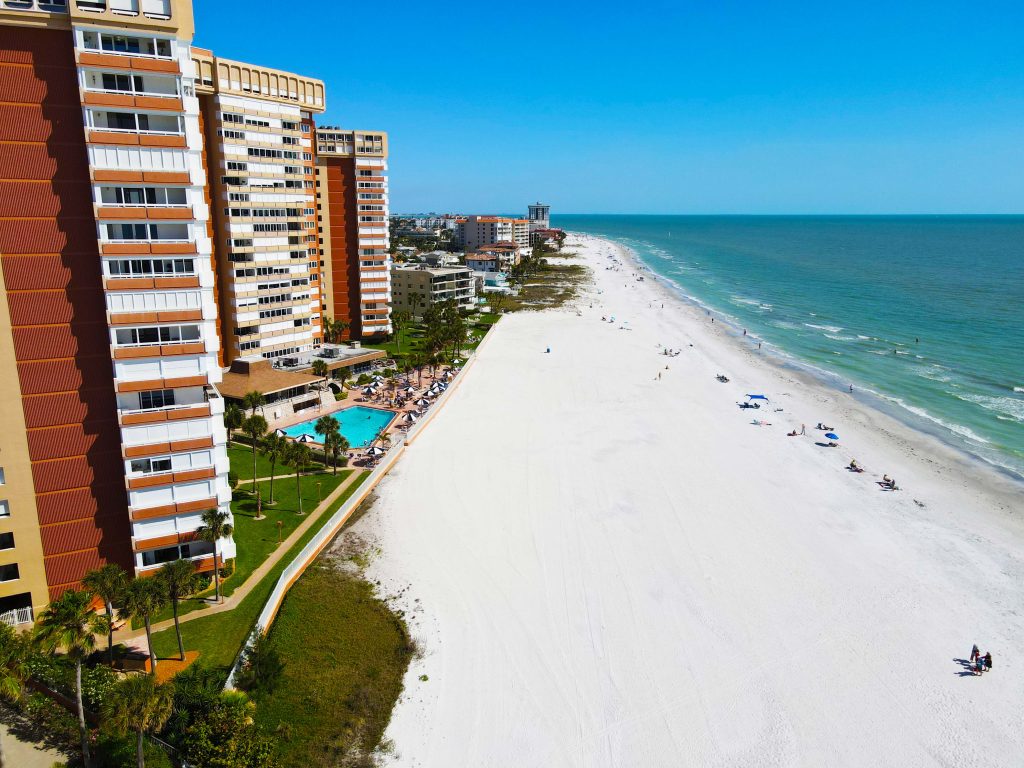 Redington Beach / Shores is where the beach area starts to transition from touristy and populated to more relaxed and local. Less people, less high rises and less traffic – Redington Beach through Indian Rocks Beach is a great place to live if you’re looking for your little piece of serenity. For what it’s worth I’ve had a few friends that have lived around here and enjoy the beach but are looking to move since there is little to no nightlife or younger folks in the immediate area. I personally would like to live in an area with a little more development but I can definitely see how a quiet town on a beautiful beach could be appealing to lots of people looking to live that relaxing beach lifestyle. 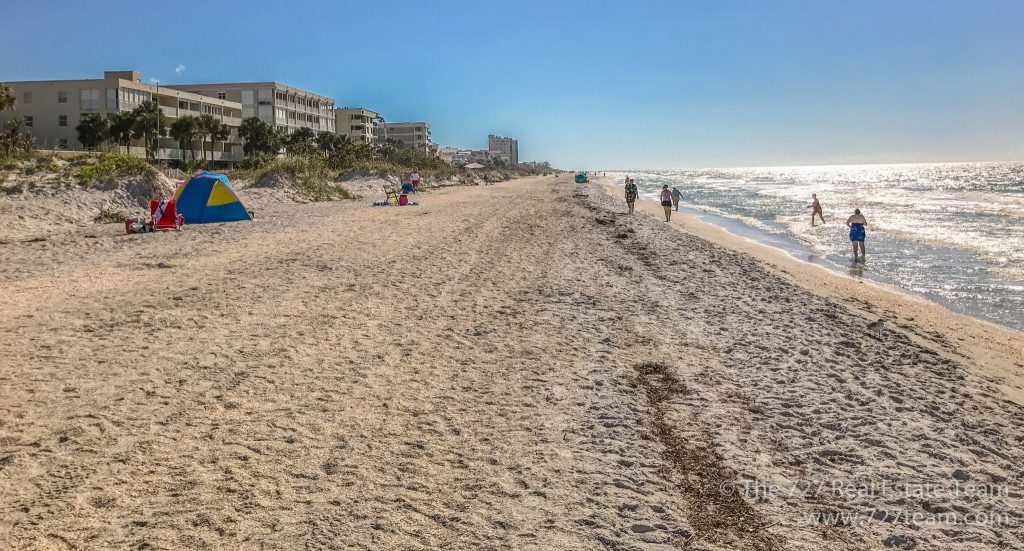 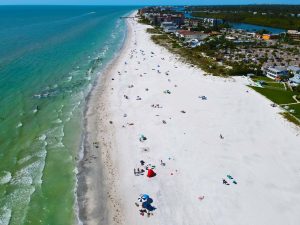 Actually a shot of Madeira Beach right before it turns into Redington.

What is there to say about Indian Rocks / Indian Shores that I haven’t already said about Redington? Honestly not much. These two cities are so similar that there is essentially no difference. Both of these cities are extremely laid back. Indian Rocks is a little bit closer to Clearwater Beach which as you might know is an extremely popular tourist destination however traffic usually doesn’t get heavier until you travel a bit further north. This is the last small beach town before you get to…..

Clearwater Beach is a really touristy area but that is what differentiates this part of the beach from the rest of our barrier islands. It’s basically a small Downtown area right next to some of the most beautiful beaches in the United States. It’s not huge but it is walkable and there’s a ton of things to do. If you want to live in a happening place near the sand, Clearwater Beach is perfect. The rest of our beaches are not nearly as walkable and all very spread out. Clearwater Beach combines the relaxing atmosphere of the ocean with the exciting nightlife of a Downtown area. 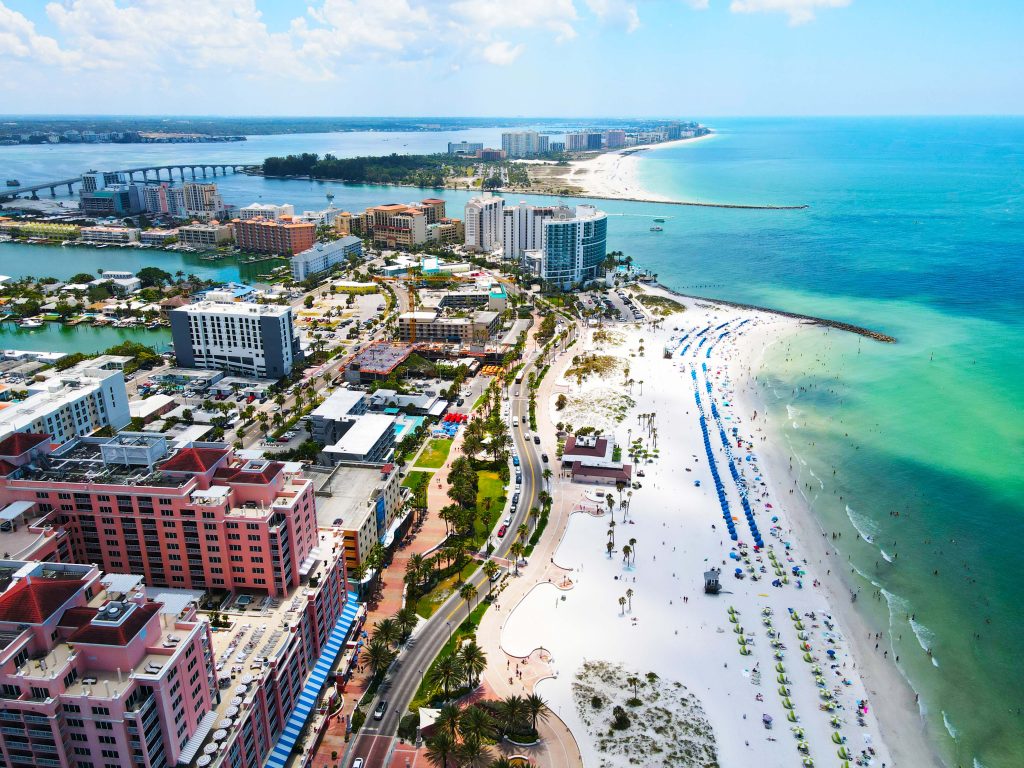 Most people who vacation from out of state tend to hear about the Clearwater Beach area and that may be their first introduction to Pinellas County. Clearwater Beach is the city that originally put Pinellas County on the map as a tourist destination but in the past 5 years Downtown St. Pete has started to take the spotlight. Downtown St. Pete has a lot going for it but it’s not on the beach! You can’t go wrong with anywhere in Pinellas County for the most part since everything is less than 45 minutes apart without traffic. With that said, if you have the resources to find a place that doesn’t require a commute I’d say go for it!!!!  Clearwater Beach has a little city life and a lot of beach life, what else can you ask for? 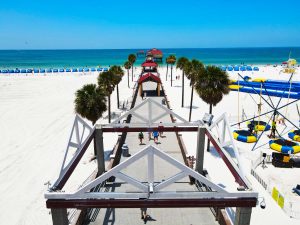 Whether you’re retired and living full time on island time or just want some serenity in your life near the water, the beach cities of Pinellas County have so much variety that you can find something that fits your personality no matter what you like. From beautiful island time Pass-A-Grille to sleepy Redington to touristy and happening Clearwater, there’s a ton of different flavors of the beach that you can experience around here.

Are you looking to live the beach life? I’d be happy to show you around a bit. Feel free to shoot me an email at chrisformico@gmail.com or call/text me at 727-307-1111. Thanks for reading and have a great day!